On Wednesday 30th April 2014 a group went to Woodlands Garden Centre for a meal, followed by a quick look around the centre. 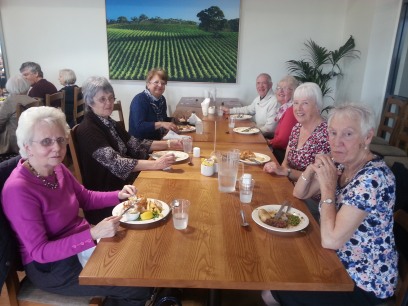 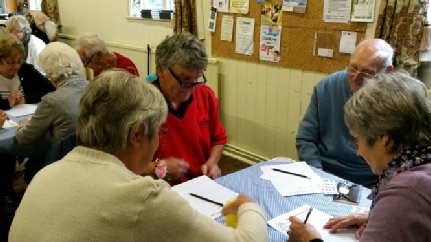 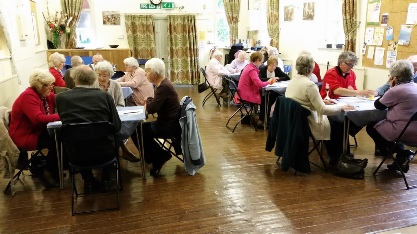 The theme of the meeting on Wednesday 28th May was ‘You Choose’ …… and the choice turned out to be a Beetle Drive’.

After opening prayer and hymns, the game started in earnest, and the pictures show everyone busy beetling away;

Instead of changing tables and moving around, everyone just ‘created’ their own beetles, and the person with the highest total score after six ‘beetles’ was declared the winner. This proved to be Allan Jones, on his first visit, who scored a massive total of 208 (next highest was 154) with no less than three complete beetles on his card (see below).

The booby prize, for the lowest score, was awarded to Margaret Brown. However, she made up for this by winning the raffle!

After tea and lemon drizzle cake and flapjacks, the social concluded with a final hymn and blessing. 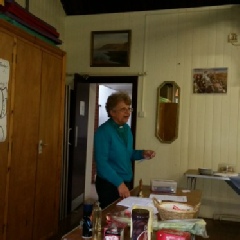 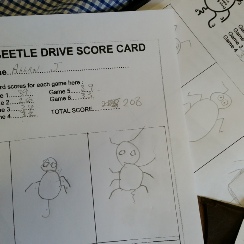 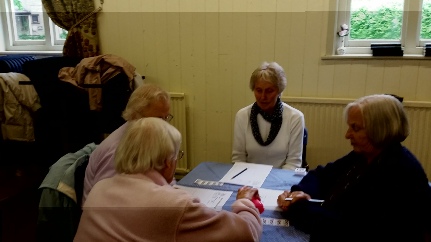 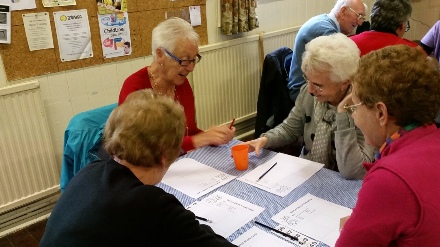 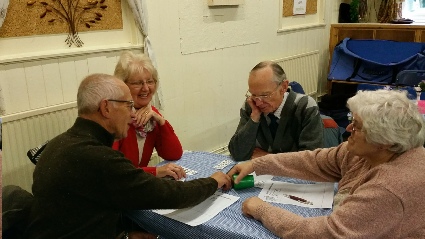 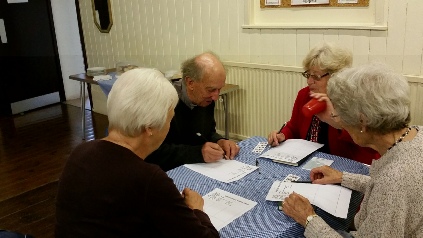 We all had a lovely time - and the meal, served to us at table, was excellent and highly recommended.

Although she was very much tempted, we couldn’t get Rhona to buy one of the lovely atmospheric paintings of Paris and Venice that she was admiring. 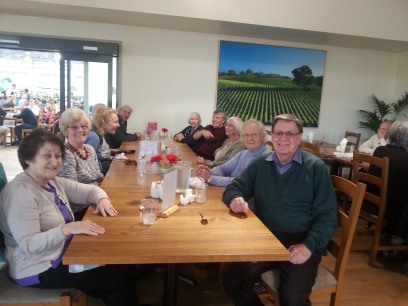 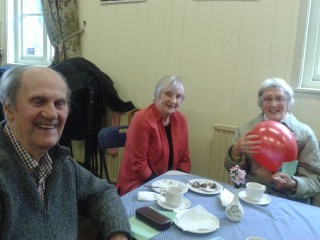 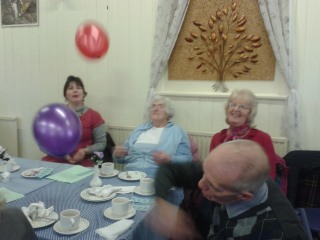 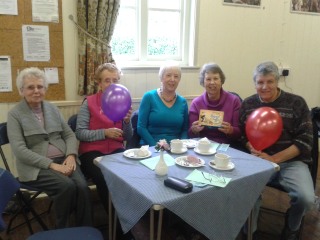 The session began with an introduction,  and a time of worship. Including hymns, reading, a short talk.   The theme being the importance of ‘prayer’.

We continued with the ‘volley ball’ tournament, with a bit of chaos, but settled down to playing four of the group playing against another four across a net in the middle of the small hall.   Many a good shot was made, many a good save was made, many twists and turns and a determination to ‘win’, in fact a few were playing ruthlessly…..Audrey being one of them, teaming up with Alan Liggins who was just as ruthless.  The game brought out a toughness  in Rev. Derek, he played with gusto, alas however he went home with no medal!   The winners were Audrey, Alan, Josie, Eileen, and also many congratulations to Eileen and Liz who also won the doubles…they were  presented with a box of Thorntons toffee which they were obliged to share with everyone!…all showed guts and determination..  Good fun, lots of noise, and achievement was made by all.  (See the pictures, below - but where are the action shots?)

Thanks to Jill, and her team for organizing the cakes, raffle, tables and more! 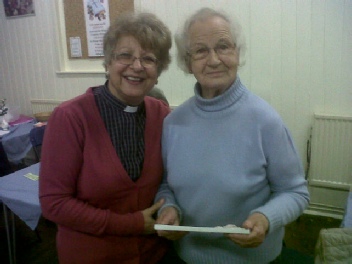 Back to gallery page 1